Redmi note 9s. I really do not plan to buy more Xiaomi, until yesterday I was a fanboy who defended it but really the things that have happened to me with my cell phone (which are not few) especially for miui make me think that there is no defense for that.
THE PROBLEM: It all started because I unintentionally activated the miui recovery menu, and I was able to get out of it without much problem (I had to reboot about 20 times). Then about 2 hours later my cell phone was runnin off of battery and I turned it off to put it on charge and when I did (I'm going to explain as detailed as possible) the redmi logo appears. well. the load indicator is supposed to come out but no, a "MIUI recovery" appears for much less than a second (like 0. Something seconds xd)then a logo appears (in the image) that is the discharged battery and a charger symbol inside it , it is NOT the same symbol as when it is at 0% and you try to turn it on. It should be noted that it is not removed with anything xd, if you leave it there what it does is that after about 2 minutes it restarts and the same thing happens. I tried letting it download to 0 and put it on load but nothing, and restart it by myself too many times and nothing. I would greatly appreciate if you help me with this or if I have to buy another cell phone now. Ah, the cell phone is 1 year and 4 months old. here I leave a photo I took with my disgusting laptop 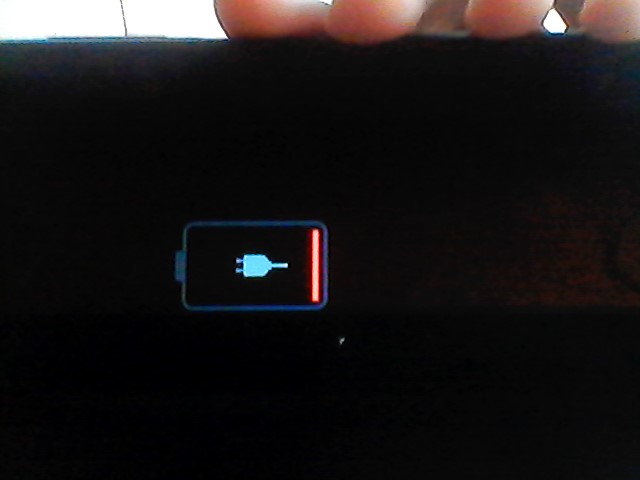