As it's my first post, first of all congratulations for this great rom! There may be problems, but I love the work that's been done on the UI, as a UI designer myself.

I'm having three issues that break the experience though (on my Nexus S @ MIUI 2.2.10):

1) Selecting 'Settings > Data usage' crashes the Settings app with an IndexOutOfBoundsException. I am attaching a logcat. Strangely, the Data usage app is working if I go to Tools > [some chinese text!], as seen in the attached screenshot. I've tried changing the language to English UK or US, but nothing changes. 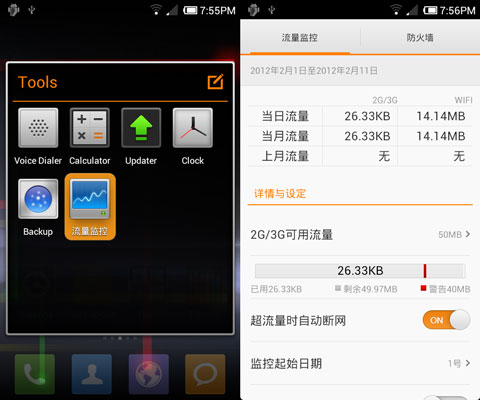 2) I generally store phone numbers with the appropriate country code prefix (e.g. +30 697XXXXXXX). However, when I get a phone call from numbers that are from the same country as I, the number appears on my screen without the prefix (e.g. 697XXXXXXX). The caller id works, as I see the name and photo of the person calling. However, when I go to the calls list in the dialer app the name does not appear, and if I tap on the number, I go to the unknown contact's screen instead of getting to the stored contact's screen. I am attaching a screenshot for this issue too. 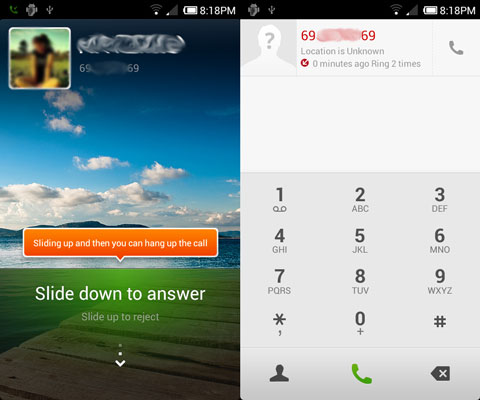 3) When I installed the rom (after full wipe, etc) the notification sounds (call, sms, notifications) are all set to silent. I don't have any problems when changing the sound settings, as some users have reported. But it would be great if the default setting was something other than that!

Also, I can't find any GB MIUI rom for Nexus S. Is ICS the only available option now?

If "same country as I" means your home country then you shouldn't be adding the country codes to those numbers. If your work has you bouncing countrys then I dunno, maybe they have an app for that. Good luck.

Thanks for the reply weedy.

However, I have to disagree with you. Not only is issue #2 solved in other dialers (GO Contacts, HTC Sense dialer, even the default vanilla android dialer), but was regarded as important enough to be solved in even the cheapest devices (like 30€ old SonyEricsson or Nokia phones) in the past decade. I insist that this is a major bug.
If you still don't consider it to be one, let's call it a "feature request" then! I really like the default MIUI dialer and don't want to use a 3rd party app just for this. After all, the solution is probably as simple as a few if-then statements and substring checks.

I will forward this thread to the MIUI Team at Xiaomi.

These issues have been pointed out to Xiaomi via e-mail and IM discussions. Hopefully we'll have some feedback soon.

#2 is a very annoying bug and I agree with eeVoskos. I just upgraded from Muiu 1.85 or something like that and this bug wasn't present. I live in Germany now and I store my contacts with the country code of +49. This causes the name on the call log not to be associated with the names on the SMS list. Why do I do this? Because if I go outside of Germany, I can still contact my German contacts without having to change their number on my list.
Z

This is really the most annoying bug ever, I go back to MIUI 1 every single time I try the new MIUI 2 and see it's not fixed yet. I know I'm not paying for MIUI so I shouldn't really complain so much but could you guys please fix it and also make it like MIUI 1 where you can hide non-phonenumber contacts?

zxd said:
This is really the most annoying bug ever, I go back to MIUI 1 every single time I try the new MIUI 2 and see it's not fixed yet. I know I'm not paying for MIUI so I shouldn't really complain so much but could you guys please fix it and also make it like MIUI 1 where you can hide non-phonenumber contacts?
Click to expand...

As stated the bug has been submitted for resolution / replication. We dont have any feedback to give users just yet, when we do we'll let people know.
You must log in or register to reply here.