Yes. It's worth.
Do you know where should I start to search for those strings? I know how to decompile app etc
D

Hi, will we still have this mod for future stable MIUI 9 EU ROMs? Since there will be no more Dev ROMs...

polonyk said:
If you know how to decompile, then you shoudn't be asking such simple questions like where to start searching.
I'm sorry, man. I am trying not to be a downer, but I don't want to take responsability if you break your phone. Figure it out on your own.

EDIT:
Bad news for you, @HitFan
I don't think it's as easy as I originally thought. I succeded in modifying it to my needs (removing the brightness slider) but I failed to make the text not bold.
The simple modification from bold to normal resulted in the total lack of a theme and status bar/notification drawer.
So you better be very sure what are you messing with and have a backup (plan).

Also, in the 3.29 weekly for my Note 5A the text is bold even on chinese notifications.
It's also curious that after I removed the notification slider the charging sound changed and the toggle became inactive just at this moment. I'm pretty sure that with the untouched Global notification the toggle works fine.

@Soebianto do you know where the charging sounds are supposed to be going? I spotted a couple of oggs in the decompiled files, and I guess they are being extracted somewhere (and renamed?). My first guess was system/media/audio/ui but that was a fail. Also the charging sound that's playing now is nowhere to be found on my system, which is quite weird. And I don't really beleive in a broken archive or a hidden error during recompilation because everything else is working like before.
I get the text thing, it depends on themes and fonts.
I didn't delete or modify the contents of the brightness slider file, I just tagged it hidden. How can a couple of words in a file which itself is called in another file to affect totally another part of the app?
Click to expand...

Afaik, It's not extracted to anywhere.

jualsempolan said:
no mod for mi4?
Click to expand...

I read it many times. In first post there is no mention for stable EU roms, this is why I needed to post in the thread in order to understand whether I could flash or not the global mod on the china eu rom.
D

Man why are you telling me things I already know, assuming I'm just too stupid to read and understand what's written here and there?

polonyk said:
There's no such thing as an EU rom.
Click to expand...

How do you want to call the custom rom cooked by xiaomi.eu team? I just call it "eu rom", so funny I have to explicit this.

polonyk said:
And before you come back with a comeback, it is specified in every single weekly release thread
Click to expand...

Thanks for the information. Can you show me at least one sentence in first post in which we can read that the global stable notification mod can be flashed over eu stable roms?
Since global stable roms didn't have the new notifications until some weeks ago, it wasn't stupid to assume that this mod could be flashed over official global MIUI roms. The fact that almost everytime the version of eu stable rom for my Redmi 4X had a different number from the one I found in the AH Soebianto repository just make stronger my first doubt about compatibility between the mod and eu stable roms.
Last edited: Apr 27, 2018
D

polonyk said:
So funny you don't see the irony in your own bullshit.
Click to expand...

I guess you realized how the hell you're wrong in this argument and directly started with insults BTW thanks for the detailed answer to my last post, you're really useful.

DeXeD said:
I read it many times. In first post there is no mention for stable EU roms, this is why I needed to post in the thread in order to understand whether I could flash or not the global mod on the china eu rom.
Click to expand...

Stable ROM is mentioned several times in the 1st post, most obvious is in the title of the thread (Global Rom Notification Style Port For Xiaomi.eu / China Rom ( Developer & Stable).

Hope this clear things up.

The reason I asked you to read the 1st post is so you know what to do if you encounter problem after flashing and some other things I mentioned there, people like to ask things that's already there.
Last edited: Apr 28, 2018
W

Can I extract files from MIUI 9 Global Beta ROM 8.4.26 and replace files in Your installer? It will work on my Redmi 4X?

Seems that doesn't work for mido :/
Thanks for all your support

For all the mido xiaomi.eu stable users:
After update from 9.5.1.0 to 9.5.2.0 first version of global notification style mod (which was crashes MMS app at 9.5.1.0) works like a charm. I highly recommend to update miui and use first version of mod 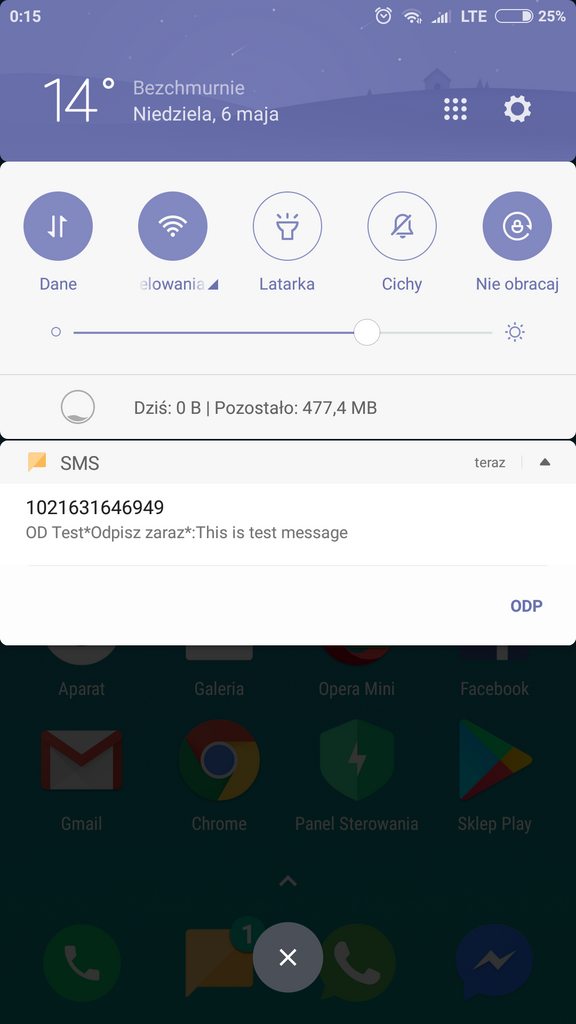 Hi,Maybe some update for xiaomi.eu 8.4.26, redmi 5 plus? greetings
You must log in or register to reply here.